The year 2013 is shaping up to be one in which there will be a bumper crop of retrocomputing goodness happening. The event I am most familiar with is KansasFest 2013, the 25th annual such event. Our keynote speaker will be Randy Wigginton, one of Apple’s early employees and significant in the early improvements to the Apple II. The committee has released the logo for the event, and will hopefully be open for registration soon.

If you live in the southeastern part of the United States (or even if you don’t and you don’t mind a bit of travel), the Vintage Computer Festival Southeast 1.0 (VCFSE) will be held in the Atlanta area on April 20 and 21, 2013. This event is hosted by the Atlanta Historical Computing Society and the Computer Museum of America. One of the featured speakers is Robert Tinney, who created the cover illustrations for many issues of BYTE magazine. Also at the VCFSE will be the Apple Popup Museum, an exhibit tracing the history of Apple Computer and its products, from the days of the Apple-1 to the present.

If you can make it, this event will be well worth it! 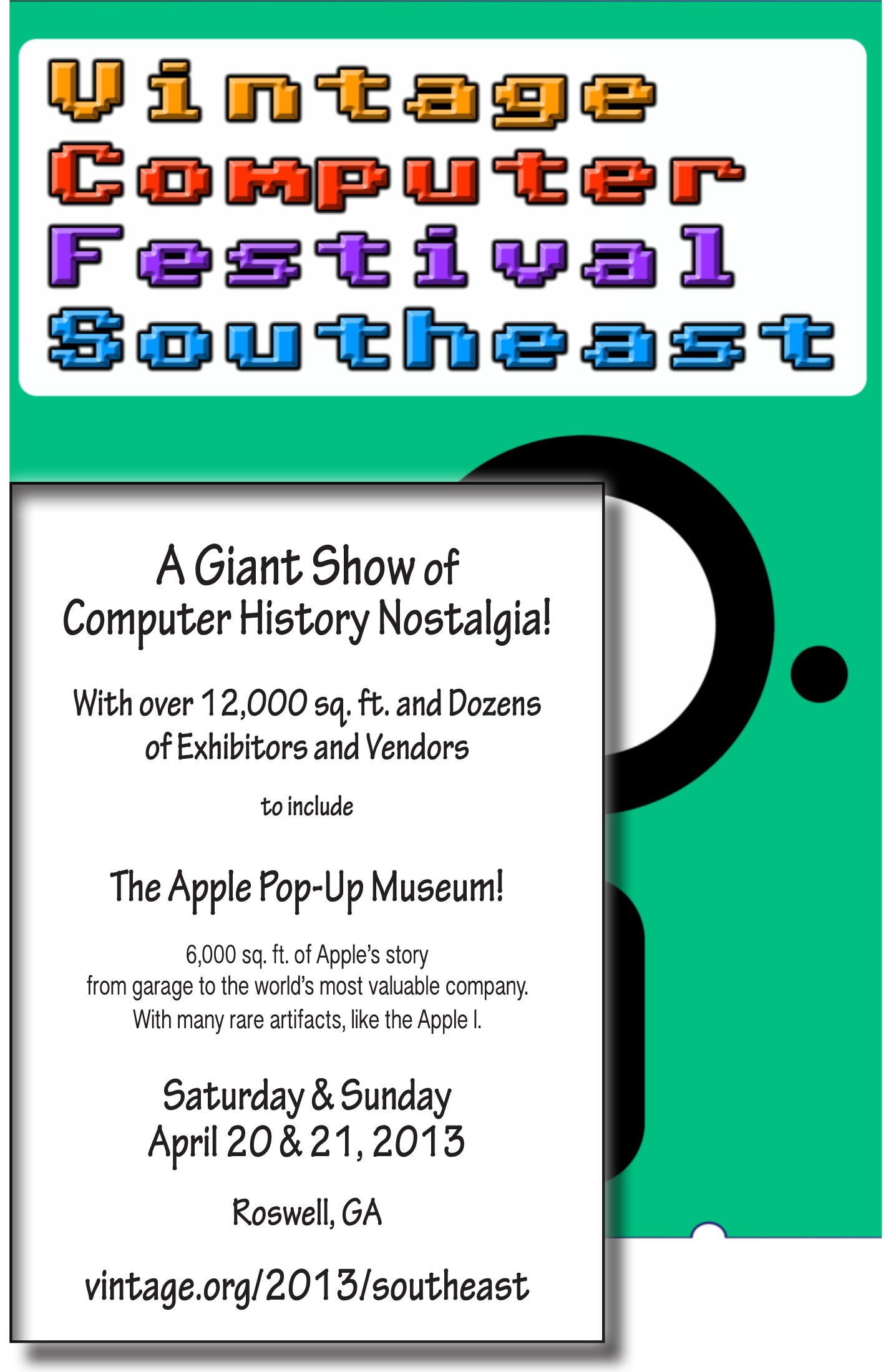