Back in April, Harry McCracken of Technologizer and Time.com’s Techland wrote up a nice spread (photos and an article) about the 35th anniversary of the Apple II. He chose April as the month for this, as it was 35 years since the First West Coast Computer Faire, when Apple first introduced Steve Wozniak’s updated computer to the world. I didn’t post about it at the time, because for me it seems more appropriate to use June as the appropriate month to commemorate this event. It was in June 1977 that Apple shipped the first complete Apple II computers (motherboard, case, power supply, and keyboard) to customers (in May they had started selling the motherboard-only versions).

In 1992, the late great Resource Central had made up T-shirts for the 4th A2-Central Summer Conference that remembered the 15th anniversary of the Apple II. With the help of a scanner and a local artist, I can offer an updated version of that picture, again available on a T-shirt through CafePress. Click the link to my Apple II History Store, and find something you like! 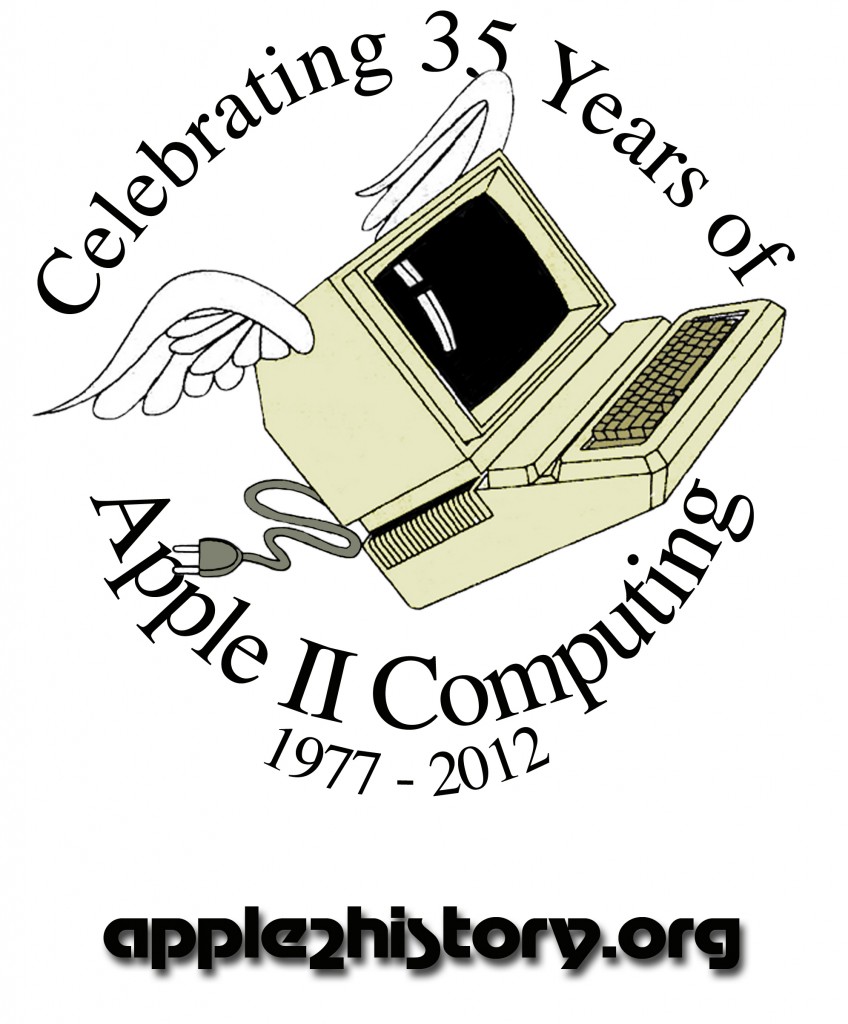