IMSAI To The Rescue! 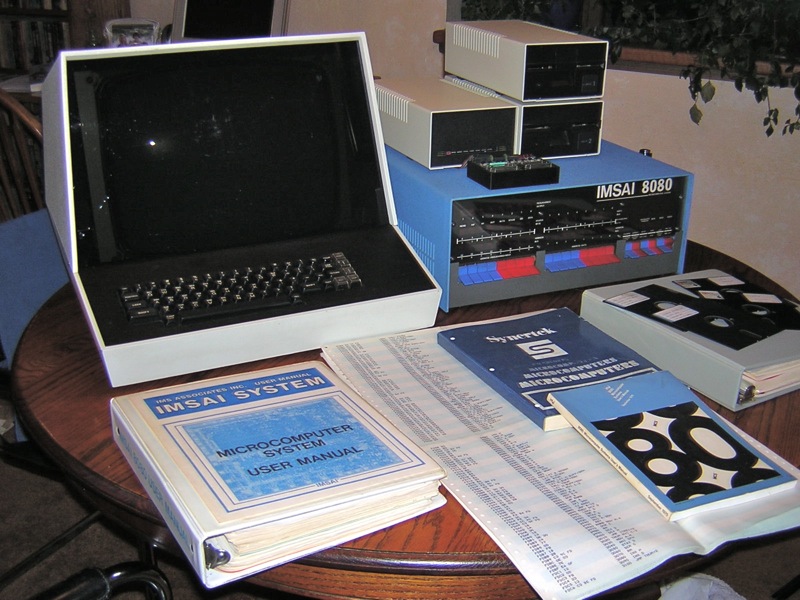 In my Languages chapter, in the story about the creation of Applesoft I, I make mention of Cliff Huston and his own IMSAI computer that was used to help Randy Wigginton rework the 6502 Microsoft BASIC that later became the first version of Applesoft, released in January 1978. The Huston brothers, Cliff and Dick, worked for several years at Apple. (In fact, in my last post I announced some additional information about the creation of ProDOS in the early 1980s, and how Dick Huston was the product champion that made it happen.)

The Hustons had placed some of their historical artifacts on the auction market a couple of years ago, including an Apple-1 board. They have just posted an auction for the other Apple-1 board, as well as the very IMSAI computer that Randy Wigginton used in his programming of Applesoft BASIC back in 1977 and afterwards. They tell a very entertaining story about the entire process, and you can read about it (and the auction) here.

I was never an Altair or IMSAI fan to the point where I would want to try for one of these antiques; but if I was ever going to get one, this special unit would be my dream IMSAI system, because of its historical significance.