Bump In The Road 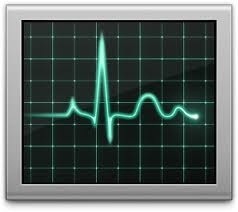 Microsoft Word 2011 and I were having a tussle this morning, as I was trying to add pictures to the Peripherals chapter. I’d copy an image and try to paste it ino the document at the appropriate place. And then the spinning rainbow ball would appear … and not go away. So I’d have to kill Word, and restart it, an try again. I started saving after each picture was added, just so I would stop losing work.

And after restarting, I go looking for my Word document to continue … and it ain’t there. Gulp. I have my regular Time Machine backups … at home, on my home network. And I’ve been working on this for about an hour. Hmmmm…

With OS X Lion there is supposed to be local Time Machine backups, right? Let’s see … and there it was! Whew! Problem solved. Or so I thought.

After a half hour, same problem popped up again. Same pegged Activity Monitor. But this time, the restart failed to help. The “fsck” process was unable to resolve the file system errors. And after a restart from my Lion restore partition, same problem – “Disk Utility” took a look, shook it’s head and said, “Sorry, can’t do it. Why don’t you save your files somewhere, reformat, and restore from a backup?” 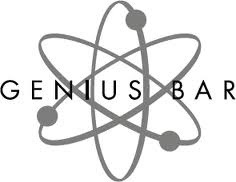 All fine and good, but how do I get the files off when I cannot start up from that disk? I’ve got about 90 minutes of work I’d like to recover.

Thankfully, I’ve got an Apple Store nearby, and I make a Genius Bar appointment. And the helpful Genius I had the pleasure to work with got my latest files recovered, and gave them to me on a CD.

So my MacBook is being restored from a backup at home, and I’m posting this from my iPhone. The work will move forward tomorrow.

Thank you, Peter Carter at the Village Pointe Apple Store in Omaha. You’re the best!

(And in the context of this web site, Peter said he remembered the Apple II computers whose pictures were in the files we recovered, from the years his mother was managing computers at the school where she worked.)