I wanted to discuss just a little further the problem that took me offline for several days last week.

Typically I don’t like to point out negative things about people or companies; often I’d rather just ignore those failings than to broadcast them. However, I don’t plan on just criticizing without explanation; I want to point out what went wrong, to help others not make the same mistake that I had made.

Years ago, when I wanted to make more changes in the Apple II History web site that required the availability of services not available on the original host, I reluctantly left foreThought.net. I did not do a great deal of research of pros and cons of host services; I just looked to see what was inexpensive and offered the features I wanted. I settled on Lunarpages, and have hosted the Apple II History site utilizing that service for nearly seven years. During that time, I had no problems with their services. Over time, the capacity offered increased, and I continued to be satisfied.

And then, I changed to WordPress as the backbone for my web site. And as a PHP-driven platform, it demanded more from my hosting service. I did not know that it would demand so much that it would cause problems. I was already hosting a different WordPress site on my same account (Great Great Joy), which had much less traffic than the History causes. Perhaps it was having two WordPress sites on the same account; perhaps it was a coordinated attack by spammers; I don’t know. But suddenly one afternoon I get a message when trying to go to my site to work on it stating that my account was suspended. And it affected, of course, not only the Apple II History site, but also the Great Great Joy site. Lunarpages had shut off not only HTTP access, but also FTP access.

I contacted them by phone, and the person I spoke to at Lunarpages technical support was, surprisingly, unable or unwilling to give me information about exactly what had happened. All he offered was for me to respond to the email that had been sent that “explained” what happened. All that email told me was that something on one of my sites was using excessive resources, and since I was on a shared server (more than one customer used the same server), they could not let my web sites take away performance from other web sites. Fair enough; after all, it’s their playground, not mine. 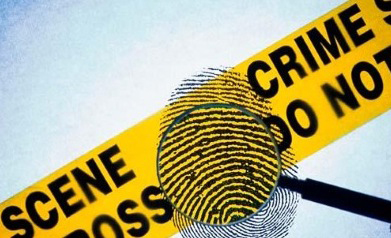 But in the context of all of this, I could not get a useful answer as to what was wrong or what had gone wrong. And, on top of that, I was still denied access to my web sites or my files. I could still get the database files from Lunarpages; they hadn’t cut that off (yet). Their only solution was to sell me a higher level of web hosting, on a non-shared server. It was like having the police close off the house you are renting because they found evidence that you were doing something illegal, but would not allow you inside the house or explain what you had done wrong. And, to complete the comparison, they would be perfectly willing to sell me the house, and then take down the crime-scene tape.

I took offense at this action by Lunarpages. After seven years of being a model customer, rarely asking for help, being very quiet, suddenly I had become a digital leper and should not be touched or assisted. I communicated my plans to move to a different web hosting service, and no one from Lunarpages attempted to talk me out of it or offer assistance to fix my problem. To their credit, the tech people I spoke to were polite and (eventually) willing to help me get my files. I did get the impression that they were being magnanimous in giving back to me FTP access (so I could get my files).

So, bottom line, I was able to get set up with Dreamhost, at the advice of Ken Gagne, who has much more experience in dealing with WordPress sites (he runs Showbits, Gamebits, Apl2bits, and others). He also has experience with the same Lunarpages disaster that I had; he had in fact signed up with Lunarpages at my advice a few years ago, and then had the same suspension of his accounts that I had. I was warned at the time, but chose to not take his advice, and so stayed where I was.

Now, I just have to empty my trash…

Ahh, much better. May others who depend on a shared hosting plan with Lunarpages take warning!